Casino Games You May not have Heard of

by Jenny Crimson
in Casino
0

The casino has been around since the dinosaurs. Maybe not that long, but it has been a part of western culture since the 17th century when gambling houses began to show up in Italy. It appears we have a lot to thank the Italians for pizza and aqueducts to casinos. Nevertheless, over that period of time, casino games have come and gone, been developed, and some have been mainstays. Since moving to the online sphere, many of the classic table games like blackjack and roulette have remained popular, and online slot machines have boomed, with hundreds of different themes. In this article, we look at some of the lesser-known casino games.

Slingo is everything you’ve ever dreamed of as a lover of casino games. It is the amalgamation of slots and bingo. Dave Lyons and Sal Falciglia are the parents of this brainchild and have taken the best elements from both games to come up with this crazy game. Spinning the reels helps you pick numbers that you can check off your card in order to create Slingo! If you choose to play slingo on Paddy Power Bingo, you will find a myriad of different games to try. Among the most popular titles on the site, you can find Rainbow Riches Slingo, Fluffy Favorites Slingo, and Deal or No Deal Slingo. It may be worth getting to grips with the rules and layout before playing for real, especially if it’s the first time you’ve come across it. 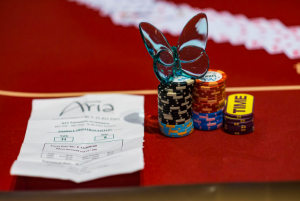 The game of Craps has a long history and is a variant of the game ‘Krabs’, which was created back in 1788. The game came over from Europe to the United States and morphed into the game we see today. Craps is a dice game played with two dice on a specifically designed fabric table. The player who takes the dice is called the ‘shooter’ and bets are placed on the outcome of their throw. The rules of craps are substantial and require some study before one attempts to play the game. However, it’s great once you get going, and there are various versions of the game online. 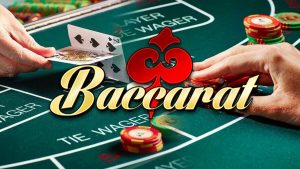 Baccarat is a card game that is played between the player and the banker. There are only three possible outcomes: player, banker, and tie. The game gained popularity in Napoleonic France among the aristocrats. There are different variants of the game; however, ‘punto banco’ is the most popular in the western world. The cards have a point value, and as such, the highest score one can get is 9. The game itself isn’t too complex, but as always it is worth familiarizing yourself with the rules. You can play several online baccarat variants, like Chemin de Fer and there are different themed games too.

Online casinos have been offering both the most classic and newer titles to their players. Most games can be recognized these days, and if you come across one you may not have heard of, it is easy to find rules and tutorials. However, that being said, players still go to their reliable favorites, and the games we described here sometimes get lost in the shuffle.

Top 10 Richest Gamblers and How They Did It?

How Online Casinos Can Up Their UX over Time?

The Technology Behind Live Online Casinos

What Are The Best Casino Games For New Players?